What Do you Know of Human Trafficking in the UAE? 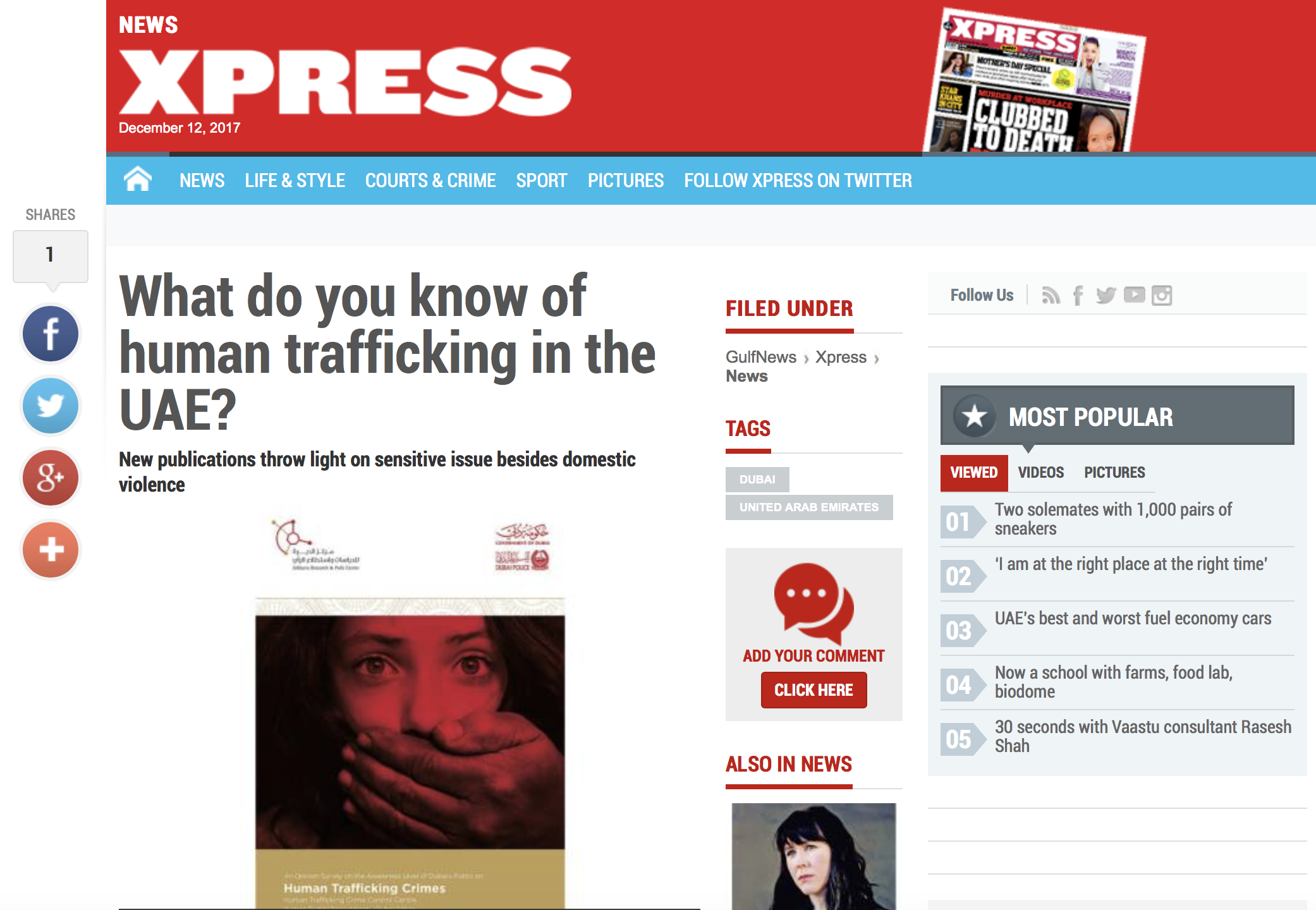 For the first time in the UAE, an independent public opinion survey centre – Addaera Research & Polls Centre – has released two publications on the sensitive issues of domestic violence and human trafficking to raise public awareness about the crimes.

The first publication titled The Level of Awareness about Domestic Violence in the UAE Community evaluates the level of public awareness about domestic violence in keeping with the results of a field survey conducted with the Dubai Foundation for Women and Children (DFWAC). Among the issues it looks at are the threshold for violent practices among family members in the UAE and proposed solutions to curb the menace.

Similarly, the second publication The Level of Public Awareness in Dubai about Human Trafficking Crimes explores public opinion about the issue from the point of view of both the general public and employees in the public and private sectors in Dubai.

It highlights the level of awareness about human trafficking crimes, ability to identify victims and knowledge about formal procedures taken by relevant bodies to combat the crimes.

“We offer these publications, which sum up the results of our in-depth studies on the two major issues of domestic violence and human trafficking crimes to help raise awareness about social flaws and encourage both public audiences and official bodies to react adequately. Through our public opinion surveys, we pinpoint the gaps and reveal the reality of our social problems, enabling policy makers to take action according to data and statistics,” said Hana Lootah, CEO of Addaera Research & Polls Centre.

Back To News about Addaera

Hana Lootah: Getting Down to the Facts ...

Residents Do the Math as VAT Nears ...